Just when you thought it was safe to start something new, Mercury decides it’s going to do a tricky two-step dance and go retrograde. We deal with these three week periods of mayhem, misunderstandings, and malfunction three times a year. Sure, we’ve heard about the usual Mercury retrograde warnings: don’t sign contracts, don’t buy new electronics, don’t change jobs, and the list goes on.

Even so, by understanding each Mercury retrograde’s unique astrological energy signature, we can make the most of the retrograde and not feel so randomly terrorized by its mischief.

What happens when Mercury Goes Retrograde?

Mercury is all about our minds, our communication, and the things that support those endeavors: our cell phones, computers, cars, etc. Mercury loves speed, networking, meeting and greeting—but when retrograde, it’s cranky, slow, and hides out at home with a big zit on its chin, unable to face the world.

Mercury retrograde is accidentally dropping your cell phone in the toilet; it’s typing up a 20 page report and losing it all when your cat steps on the keyboard and somehow hours of work vanishes; it’s road rage, ridiculous gossip, and random forgetfulness.

We can lose our shit, literally and figuratively.

Since Mercury rules Gemini and Virgo, the retrograde period often hits them harder. As mutable signs, they are used to going with the flow and riding the energy waves by remaining flexible, yet when Mercury retrogrades, the energy feels more like a rip current that drains them as they try to swim against it. Aries, too, doesn’t like anything that slows them down—but they may find during Mercury retrograde they have got to schedule more time to chill. They have to be especially careful about losing their temper when inevitable delays and detours occur.

How to Cope with Mercury retrograde in July and November 2018:

The days noted above when Mercury “stations” — standstills as it prepares to go backwards (retro) and then forward again — can be especially frustrating.

The Mercury retrograde that begins on July 26,  2018 is, as my mother used to say, “going to be a doozy.” Translated from mother-speak into real world language: get out the bleach and gloves, honey, because the proverbial shit is gonna hit the fan.  The next day after the Mercury retrograde, we have the total lunar eclipse in Aquarius conjunct the south node of karmic endings. Right on the eclipse point is Mars retrograde, which has been stirring up struggles in whatever house we have Aquarius in our natal chart.

At first glance, this energy might seem pretty dire. It’s the longest total lunar eclipse of the century, clocking in at 1 hour and 43 minutes. At a lunar eclipse, the moon takes on a reddish-brown hue which is why the full moon during a lunar eclipse is often referred to as a “blood moon.” Red planet Mars conjunct the “blood moon” at this eclipse, the south node bringing release of a karmic situation, and Mercury going retrograde the day before all point to a significant message being delivered—a message that could feel like the three of swords in Tarot—a message that could wound your tender heart.

Make the most of this Mercury retrograde by listening to that message, no matter how painful.  It’s hard to see, sometimes, how pain can be transformative. But it can. With every wound there is the opportunity for healing. Few situations are permanently disfiguring, emotionally speaking.

This Mercury retrograde in Leo asks you to re-examine self-sacrifice. For whom, for what, have you been (figuratively) shedding your blood? What makes your blood boil? A retrograde Mars suggests that this issue has roots in suppressed anger. A person or situation from the past will come back (thanks, Mercury retrograde) in order to help you release and heal this situation once and for all (south node karmic ending).

You will do this by putting action (Mars) behind your own words. This time what you say sticks, because you have the courage (Leo) of your convictions. This time you draw a line in concrete, not in shifting sand.

However painful this Mercury retrograde begins, the new moon partial solar eclipse on August 11, 2018, will feel like a healing balm. Directly opposite Pluto, this new moon will help you revisit a plan to transform your life in whatever house Leo falls in your natal chart. But since Mercury is still retrograde, just do your planning on paper. Don’t put your plan into action yet. Wait until September, when both Mars and Mercury will be direct once again.

The days noted above when Mercury “stations” — standstills as it prepares to go backwards (retro) and then forward again — can be especially frustrating.

The Mercury retrograde that begins on November 16, 2018, is square Neptune, also retrograde, bringing to mind that old movie “Sex, Lies, and Videotape.” Sagittarius, a natural truth seeker, meets up with Scorpio, a natural truth concealer. Lies about affairs, dalliances, addictions, obsessions, and finances will be revealed during this time, courtesy of Mercury retrograde’s tricks: an email left open on a computer; a receipt found in a coat pocket; an old friend who comes to town and says the wrong thing to the wrong person at the wrong time. Fun!

To make the most of this Mercury retrograde, investigate any situation or person thoroughly and do not be naive. All is definitely not as it seems. If you uncover a lie, try not to be self-righteous, but instead take these wise words to heart:

“When people show you who they are, believe them.” — Maya Angelou

If one of your own porkies comes to light, don’t make it worse by lying some more to try and piggy wiggle your way out of it. Apologize sincerely and lay your cards on the table—all of them. Don’t sandbag a few aces up your sleeve like a typical Scorpio if you truly want to make amends with the person you haven’t honored with the truth.

With the influence of the Neptune retrograde squaring Mercury Rx, you may also be more susceptible to psychic energy “vampires.” Protect your precious energy by shoring up your boundaries. Leave town for a weekend if you can, returning to an old familiar place that gives you comfort.

This Mercury retrograde occurs when Thanksgiving is celebrated in the United States. That holiday may bring some old family secrets and skeletons out of the closet when someone has a little too much whiskey in their eggnog. Whatever comes up, a better way to deal with it is to escape watching your favorite holiday film rather than drowning your sorrows in wine or at the bottom of a pint of Ben & Jerry’s. Neptune transits can make us prone to “fall off the wagon” when we’re stressed. Try to cope in healthier ways if you are feeling overwhelmed at the holiday.

How does Mercury retrograde usually affect you? Please share in the comments! 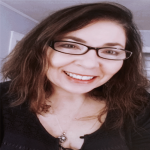 What Does Venus Retrograde Mean?

Lunar Eclipse 2018 Astrology: Your Heart Will Go On